led the parade through the town, from St. Joseph’s Church to the Heritage Centre. 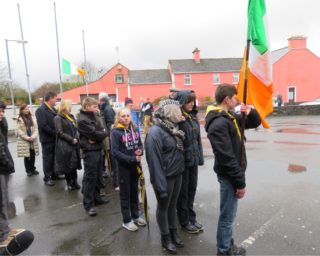 Outside the Heritage Centre, children, conducted by Nóirín Shiel,
played some slow airs on tin whistles. 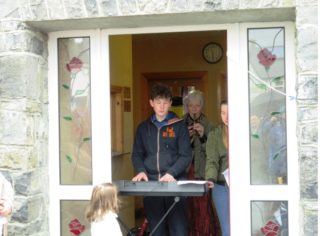 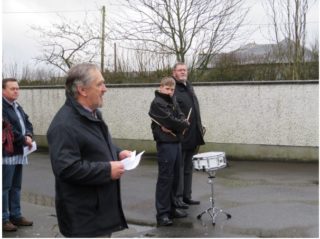 Reveille and The Last Post were played by Ray McDonagh, who is a retired Army Sergeant. 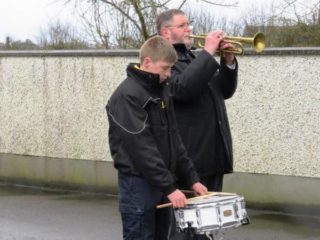 The 1916 Proclamation of Independence was read by the Local County Councillor, Jimmy McClearn. 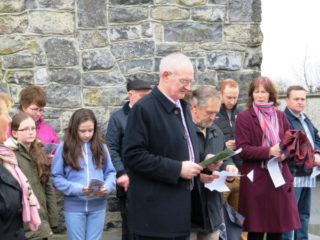 The Proclamation of Independence 1916 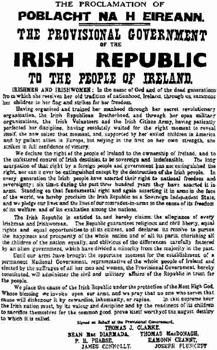 Fr. Kitching, P.P., Killimor was then invited to lay a wreath to commemorate all who died during the 1916 Easter period. The wreath laying was followed by a minutes silence. 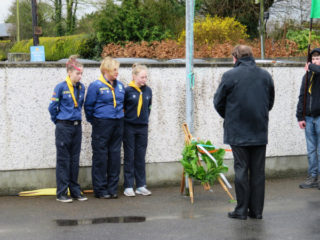 Ronan Porter played a drum-roll while the flag was being raised by Scout Leader, Sinéad Dervan/Sammon. 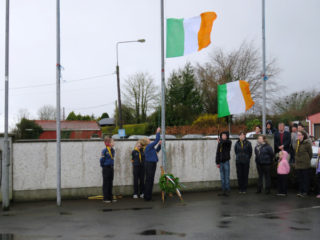 The singing of the National Anthem, Amhrán na bhFiann, was led by Sinéad Treacy/Keane. The ceremony concluded with Paul Costello, Cloncona, playing and singing his own composition Commemorating Centenary 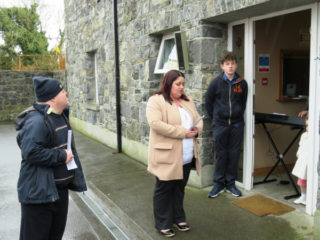 Chorus
Hold your head high
As our nation thrives
On the land of the emerald free
As our heart beats cry with glee
For the country that we love!

Since a century has passed
Our country is in peace at last
Birth to an independent free state
Nurturing love, peace, faith and race,
Because of those who proclaimed that day.