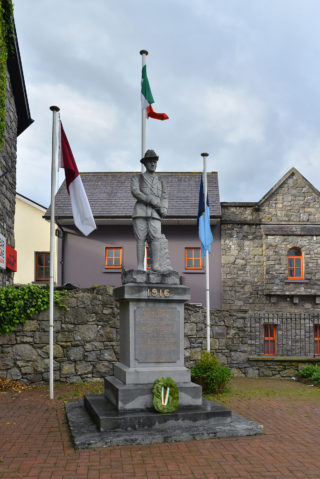 The limestone statue at the corner in Oranmore commemorates Commandant Joe Howley, mentioned previously. He led the local Irish Volunteers in the 1916 Rising and was active during the War of Independence, during the course of which he lost his life while on active service in dublin. His grave is to the rear of St Mary’s Church (see point 1).