Leachtán: a small commemorative cairn or mound. These were not by any means small; measuring between 6-25 mtrs.

We are unsure of the spelling – so the meaning in this landscape is open to some interpretation.

The structures (see photos) resemble cairns or barrows, but Angela tells us she believes that they were built from stones picked from the fields in order to clear them for tillage. Neither she nor Joe remember doing that (they own the land since 1989) but believe they have been there ‘since the fields were first tilled’. The fields surrounding are certainly very clear of stones, and have been tilled, although are presently in meadow and pasture.

The structures are high, and invariable straight sided on one side and more curved from bottom to top on the other. All of the stones – apart from the base ones, are small – smaller than those used in stone walls.

Location: Left at Maree T-junction. First left after T junction, down boreen for about 1000mtrs. Passing stone-cottage on corner ® that was Joe’s mothers home (Fahy)

The Well at Garrane (Garaun): we came to well on left side of road approaching Maree school from Clarinbridge. Opposite cream painted bungalow. Gap in ditch marked by old rambling roses and tall campanula. Through gap set of steps

leading down to small locked gate placed at right-angle to first set of steps. Further 14 steps down to bottom – difficult to see as we had no torch. Steps are hewn and dressed, as are sides of the ‘staircase’.

We looked at and measured and photographed the puirini and the leactain.

Angela talked about ‘herding’ the cattle – meaning inspecting them once a day for any signs of sickness, or injury. (really nice part of the tape)

We went on the fore-shore (just over the wall –or through the puirin) and she talked about how the sheep graze the foreshore, that the herbs and plants growing there are ‘very good for them’.

That puirin and one other were blocked with oil drums – the blocking is intentional although temporary, and an easy method of doing this is to stick an oil drum in it. There are no trees much to speak of – and the stones have all been cleared and already used in the beautiful stone wall structures (and they are beautiful – and quite high (2-3mtrs) compared to those in Connemara or the Burren. 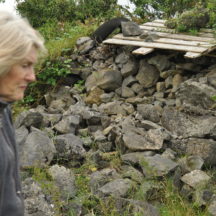 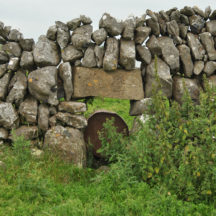 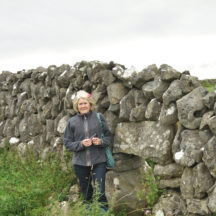 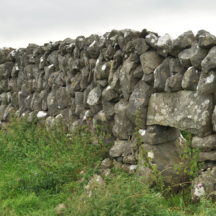 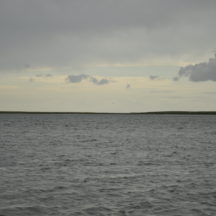 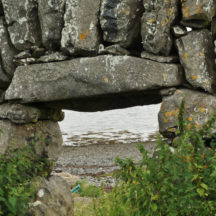 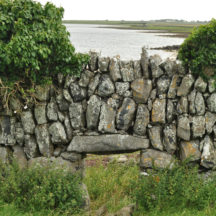 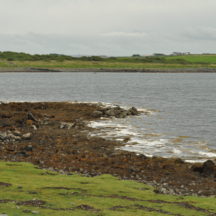 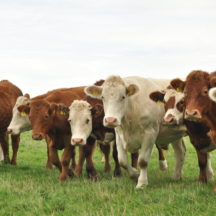 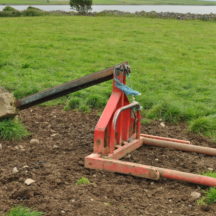 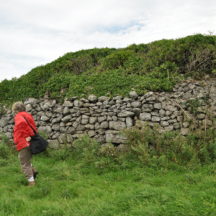 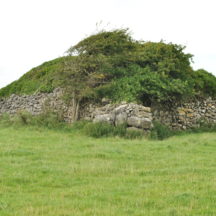 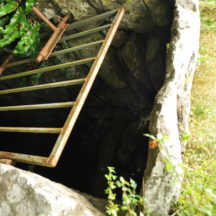 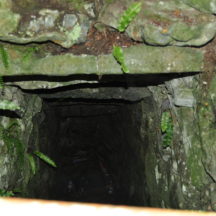