You are here: Home>Places>Clifden Heritage>Topics>The 1918 Register of Electors for the Unit of Clifden and the Unit of Derrylea

The 1918 Register of Electors for Clifden town and forty-seven surrounding townlands is reproduced here by kind permission of John Stanley of Market St, Clifden. The register gives the names of those eligible to vote in general and local elections, it also gives their townland of residence and the qualification category under which they were entitled to vote.

The register is intriguing, not simply because any list of names with addresses at a specific time is always a curiosity, but because it provides us with the names of the first female voters of this district and also identifies sixty-five British servicemen, serving in the army or navy.

In 1918, under new legislation, the franchise in parliamentary elections was extended to include all men over 21 years, women over 30 years who were householders or the wives of householders and all servicemen over 19 years.

The majority of the women, 236, qualified under their husband’s eligibility

According to the register there were 930 voters eligible to vote in parliamentary elections and of these 348 were women (37%). The majority of the women, 236, qualified under their husband’s eligibility, with 112 qualifying in their own right. The sixty-five servicemen (7% of the electorate) were all marked as absent voters as the war was still on going at the time the register was drawn up in September 1918; thirty-two of these were from Clifden and the rest were from neighbouring townlands.

Following the end of the war a general election was called for 14 December 1918. The Galway Connemara constituency had an electorate of 24,956: 16,581 men and 8,375 women. It was a one-seat constituency and there were two candidates, the sitting M.P., William O’Malley, and the Sinn Féin candidate, Pádraic Ó Máille.

William O’Malley was born in Ballyconneely in 1853 and had lived most of his life in England where he worked as a journalist. He was a member of the Irish Parliamentary Party and had represented the constituency for twenty-three years. His opponent, Pádraic O Máille, aged forty, was a farmer from Kilmilkin in Maam Valley and a member of Sinn Féin. He had fought alongside Liam Mellows in Galway in 1916 and afterwards was interned in Frongoch and Wandsworth prisons before being released under the general amnesty in 1917.

The election went ahead on 14 December, but the counting of votes was delayed until the 28 December to allow for the postal vote of the servicemen to be included. The total poll for the Galway Connemara constituency was 15,236 (61.00%). Pádraic O Máille topped the pole with 11,754 votes and was declared elected; William O’Malley received 3,482 votes. The pattern was repeated throughout the country, with Sinn Féin winning 73 out of the 105 parliamentary seats; 25 Sinn Féin candidates were unopposed.

It is impossible to know how many of the women on the register cast their vote or how many of the soldiers posted their vote home. As it was a recently won right for both groups, one would like to think that they took the opportunity to exercise their franchise for the first time.

Names of those identified as servicemen

Thanks to the Trojan work undertaken by Bernie Jefferies at the Clifden Library, we have some idea of the number of Connemara men who died in the war, but this register is the first official record that gives us some of the names of those who served and survived. Going through the names of those identified as servicemen on the register one wonders what physical and mental shape these men were in when demobbed in the months that followed and how were they received by their families and neighbours when they got home.  One also wonders how many of them stayed home,as always in Connemara job opportunities would be scarce at this time. Among them, one name in particular stands out, John Joseph McDonnell, Main Street, Clifden. John J. was serving in the Connaught Rangers in September 1918, he survived the Great War and returned home only to be shot dead by the Black and Tans, close to the burning ruins of his father’s hotel on Main Street, as they rampaged through the town setting fire to homes and business premises on 17 March 1921.

I am grateful to John Stanley for bringing this register to light and for allowing us publicise it. {The original document can be seen below} . Similar registers must have existed for other districts in the Connemara constituency, but they do not seem to have survived, makes this  a very rare and valuable record. 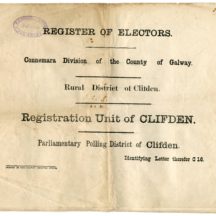 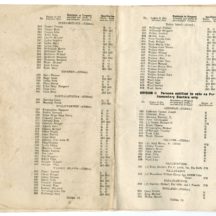 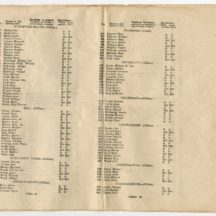 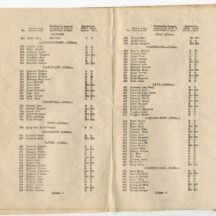 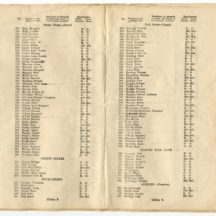 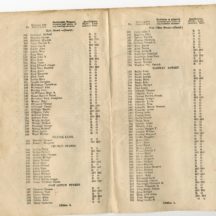 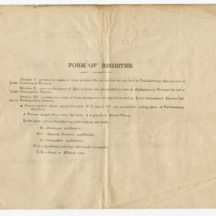 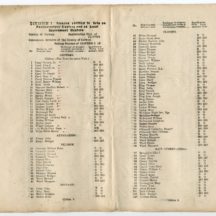 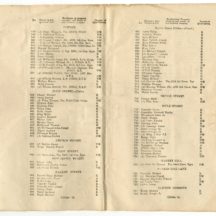 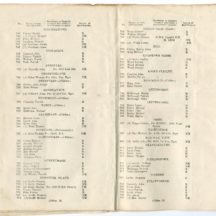 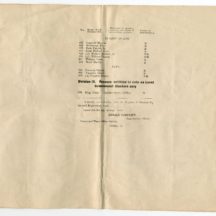 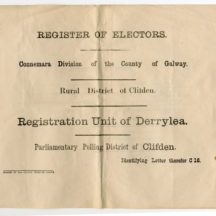 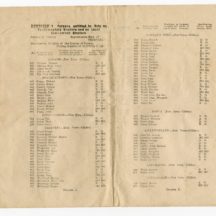 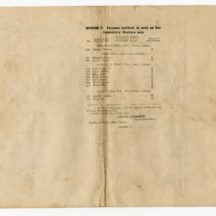 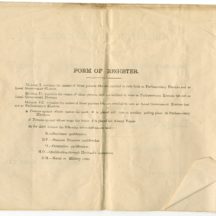