You are here: Home>Topics>Galway's Gastronomic Heritage- The History of Food in County Galway>Self Sufficiency>Mills and Factories>The Mill at Woodlawn House

The Mill at Woodlawn House 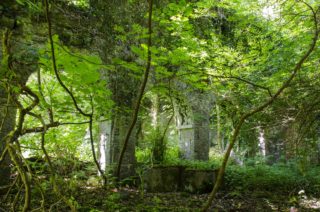 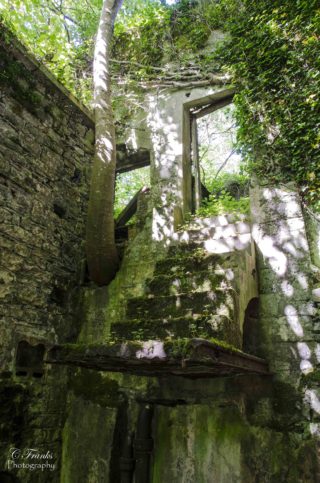 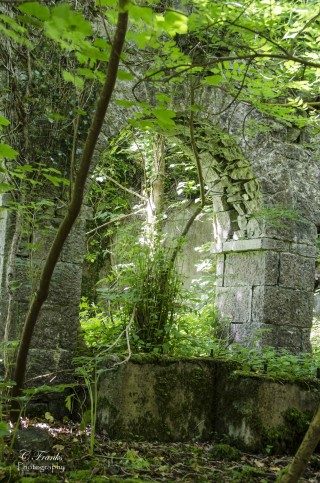 Detail of archway within the mill at Woodlawn House
Frank Nevin

Feature of Our Golden Mile

These pictures are of the mill, which is currently overgrown. Its high wall can be seen along the Golden Mile of Woodlawn, just before the turn if travelling from Killaan.

There were four bays in the mill at Woodlawn House. A tall red brick square shaped chimney (still standing but now covered with overgrowth) created the heat to power the steam engine. The steam drove the drive shaft inside the building. A steam engine within it at one time ran a generator for electricity. Amongst the items milled were peat (for bedding the horses) corn, and saw milling also took place here. During the 2nd World War this was a busy place when commercial timber was scarce.

Dancing at the Mill

Above the workshops were rooms in which workers lived. Dances were frequently held in these upstairs rooms which could be accessed from the ground floor inside the yard. Police officers were also known to be accommodated in the mill rooms.

The 1st Edition Ordnance Survey Map (1839, Galway Sheet 86) shows the presence of a corn mill and kiln at Killaan. A mill stream is also visible to the south of the mill on this map. This was on the farm originally belonging to Cannon’s, then Mitchell’s. It is understood that the landlords closed this mill down.

Further information on the Industrial Heritage of Woodlawn can be found in our Heritage Walk & Talk Booklet from 2015. We are very grateful to Frank Nevin for sharing these pictures with us.