From Mountbellew to “Jamboo” 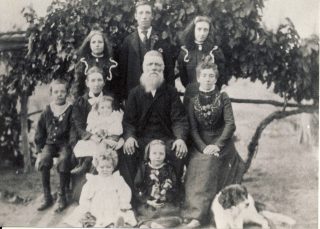 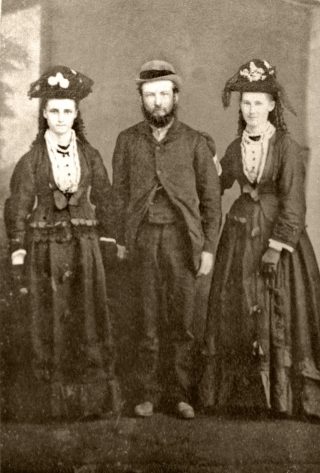 One of Catherine Glynns descendants Grant has been researching his ancestors over the years and provided the project team with a recollection of Catherine’s life with some photos. Unfortunately there is no photo of Catherine.  Catherine was Grants great great gran grandmother. Through the assistance of DNA in early 2019, he had some success in breaking down a few genealogical “brick Walls”.

He discovered a lot of relatively small, but still significant, DNA matches to other people with

Ancestors from East Galway. Many of these matches seem to be connected to an area centred

on Ahascragh civil parish, but also including Ballygar, Moylough, Menlough and Mountbellew. In terms of the surname Glynn itself, my strongest match is a descendant of

Honora Gannon, née Glynn (born around 1822), who may have been from Clontuskert parish

and emigrated to the US. All he knew about Catherine was she was one of the “Mountbellew orphan girls” who emigrated from County Galway, amid the terrible after-effects of the Great Famine.

The project team are currently pursuing the Keave townland of Ahascragh, as one of the DNA matches to a descendant of Michael Glynn.

Catherine Glynn was born in approx 1833, this was deduced from a census collectors recorded her age as 26 years on 31 December 1859, this suggests that she was born in 1833. While some later sources – including Catherine’s death certificate – suggest that she was born as early as 1820.

We know a bit more about her life after emigration. Catherine was one of 32 young women who left the Mountbellew workhouse in 1852, bound for Western Australia (WA). After a long, five-month voyage on the ship Palestine, they arrived at Fremantle (the port for Perth) on 28 April 1853.

During the 1850s, Catherine worked as a domestic servant for Charles and Ann Heal, at what was then an isolated property called “Springdale”, about 100 km (60 miles) east of Perth, near the Northam-York Road. We don’t know how Catherine got there, but it was an era in which working class people often walked such long distances.

In 1855, she married a co-worker, Samuel Blackmore, a sailor turned farm labourer in his early thirties, who had been born in London. Their first child, Mary Jane Blackmore, was born at York on 12 October 1856 and the Blackmore’s were to have four more children: James, Thomas, Samuel junior and Catherine Elizabeth (who was usually known as “Lizzie”). As was all too common at the time, both James and young Sam died in infancy.

Sometime around 1868, the Blackmore’s moved about 200 km southward, to Arthur River, and

went into business for themselves, cutting native sandalwood and carting goods with teams of

horses and bullocks. In 1875, the Blackmore’s took up a “selection”, as small farms were known

at the time, situated between the nearby towns of Katanning and Woodanilling.  They named

the farm “Jamboo”. Her 1899 death registration gives her the middle name Elizabeth, which Catherine may have adopted in later life. However, it may also have been a simple error caused by confusion with her daughter, Catherine Elizabeth Blackmore.

As a child, Mary Blackmore often assisted her father and she became an expert driver of carts

pulled by teams of horses and bullocks. During the 1860s, she attended Sisters of Mercy School

in Perth, also known as St Joseph’s (which survives on the same site to the present day, in the

form of Mercedes College). On a farm near “Jamboo”, Mary met Henry Bradbury, a colourful

contract farm worker about 15 years her senior. They were to have 12 children and at least 39

grandchildren.  Henry was born in Oxfordshire, and as a young man, joined the British Army. After

being posted to Malta, he had been one of several soldiers who had rebelled against officers,

been court-martialled, and sentenced to transportation to Western Australia, with sentences of

up to 10 years. After a decade in custody at Fremantle, Henry had escaped and “gone bush”,

working on farms under an alias. Consequently, the births of his and Mary’s oldest children

were registered under the surname “Collins”.  While Henry was recaptured, after more than 12

years at large, he was released quickly and the following year was granted a Certificate of

Freedom (which removed any remaining constraints on ex-convicts). Henry died in 1909; Mary

was to outlive him considerably, passing away in Katanning in 1942 at the age of 85.

Tom Blackmore – Catherine and Sam’s second oldest child – was a carter like his father. In

1891 he married Dora Agnes Hale, a daughter of immigrants from Berkshire, at Arthur River.

Within the space of two years, however, Dora had died in childbirth, leaving a son (Stephen).

According to family lore, the baby was fostered by Dora’s sister, Edith, in the Kojonup district.

desert gold mining towns of the era, such as Kalgoorlie: a round trip of more than 500 km (300

The death of Catherine Blackmore senior, née Glynn, was registered in 1899 (aged about 66).

While the site of her grave is now unknown, there may a clue to its location in the burial of her

husband: Sam Blackmore was buried on his own farm, “Jamboo’, some time around 1909 – the

date is unknown as his death does not appear to have been registered. For several decades, a

marker for Sam’s grave was a landmark visible from a nearby road, but was later lost (possibly

as a result of flooding). Since Catherine does not appear to have been buried at any of the local

cemeteries, it seems possible that she too was also buried at the farm.

Background to the Workhouse assisted passage to Australia

A group of 32 young girls were transported to Australia on the Palestine ship 1853 from the Mountbellew workhouse. It was renowned that these bride-ships carried destitute girls from orphanages, poorhouses or had a sponsored fare during the Great Famine.

The aim of this project is: Two fold, one tracing the Orphan Girls descendants in Australia and second fold is looking at possible descendants of relatives here in the surrounding localities of Mountbellew, Caltra, Castleblakeney, Moylough, Newbridge, to name a few in the West of Ireland.

Our aim once we have collated all the descendants is to reconnect them with their ancestors here in the community! We do realise that some of these were classed as orphans, but in reality, they did have one parent still living when they left for Australia?  A commemoration was already held for the orphan girls in May 2018 which was a great success.