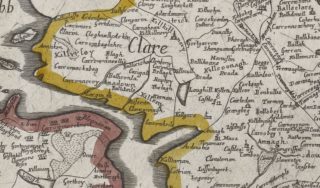 Taken in the years 1656-1658, the Down Survey of Ireland is the first ever detailed land survey on a national scale anywhere in the world. The survey sought to measure all the land to be forfeited by the Catholic Irish in order to facilitate its redistribution to Merchant Adventurers and English soldiers. Copies of these maps have survived in dozens of libraries and archives throughout Ireland and Britain, as well as in the National Library of France. This Project has brought together for the first time in over 300 years all the surviving maps, digitised them and made them available as a public online resource.