You are here: Home>Topics>Galway's Gastronomic Heritage- The History of Food in County Galway>Self Sufficiency>Fowl>Christmas Food and Stout at the Stations

Christmas Food and Stout at the Stations 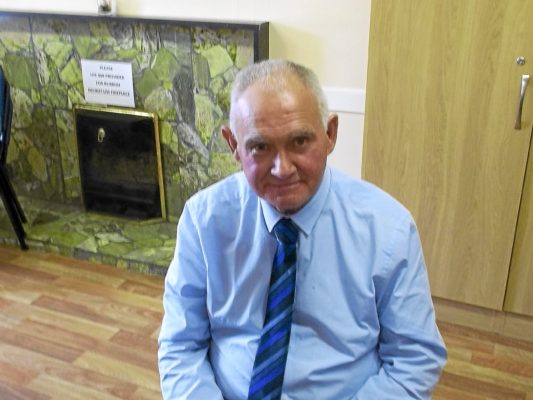 Christmas Food and Stout at TheStations

Christmas Food and Stout at the Stations

MM: We used to have a goose

MM: My father used to buy the goose in the market in Loughrea.

CD: And was he alive when ye bought him or did you have to kill him?

MM: We had to kill him

MM: My father used to do it

CD: How would he manage that now? That would be a quick job, would it?

MM: It would. Just hold his head down there and put the knife…cut off the hair out the knife over there and…

MM: And he die then

CD: And would you have to hang him for a while or how would you do it?

MM: Leave him there for a while and then pluck the feathers…

CD: Right. And what kind of other food would you have at Christmas time?

CD: Oh, very nice. That was a special occasion too though?

MM: And Christmas cake as well

CD: You wouldn’t have that all the rest of the year though, would ye?

CD: And the raisins and sultanas

MM: The raisons, that’s right. Cook it in the range there til it was done

CD: Would there be a drop of whiskey in it maybe?

CD: A drop of brandy or something?

MM: I don’t think there was

CD: And if you had the Stations, would there be brandy or whiskey at the Stations? Or there just be the cup of tea?

MM: They used to do that after the priest going, they used to have a drink.

MM: But I don’t know what sort of drink they used to have

CD: The priest would have to go home first, though would he?

MM: He would. We used to do it when the priest had gone home. We usen’t drink that much, just a drop [word inaudible]

MM: That was the tradition, when the priest is gone like, they have a bottle, maybe whiskey

MM: And a few bottles of stout maybe