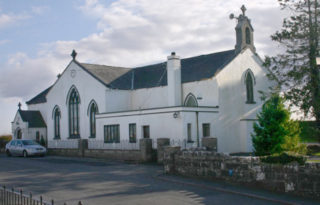 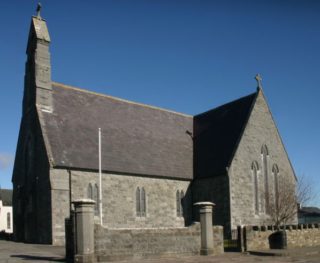 The Roman Catholic parish of Headford/Claran is one of fifty-six parishes in the archdiocese of Tuam of which Dr. Michael Neary D.D is archbishop. Two churches; one in Claran and one in Headford services the parish. Father Peter Conway built both Slaint Mary’s Church in Claran and St. Mary’s Church in Headford. Claran Church was built in 1859 and Headford Church was built in 1865.

Fr. Conway was well known in the Archdiocese as a builder of churches and he was the driving force behind the building of a number of churches in parishes where he worked. The Presentation Sisters founded a convent in Headford in 1906 and served the community in a variety of ways mainly by their involvement in our schools both at primary and secondary level. Because of a decline in vocations the convent closed in 1997 and it is now being used as a ‘Day Care Centre’ by the Western Health board. The parish priest of Headford/Claran resides in Headford beside St Mary’s Church. There are approximately 700 homes in the parish and a population of 3,000 people. Headford is growing in its population because of its closeness to Galway City. A lot of new houses have being built in the area in recent years and its trend is expected to continue for some years to come. The resulting increase in population has consequences and significance for our schools and parish but it is a welcome challenge and we as a parish community extend a “Cead Mile Failte” to all newcomers in our parish and hope that they feel at home and welcome in Claran/Headford.

The parish is an active vibrant community catering for the educational and spiritual needs of all members of all age groups. It is served by five national schools under the patronage of Bishop Neary, which cater for children up to the age of twelve and one secondary community school, which has an enrolment of almost seven hundred and caters for our young people up to the age of eighteen. Every age group, every standard, every need is catered for by caring and committed teachers in all our schools.