You are here: Home>Places>Killimor Heritage Group>People>James Murray and the Easter Rising 1916

James Murray and the Easter Rising 1916

James  (Jim/Jimmy) Murray was born in Derrydonnell, Athenry.  He joined the Irish Volunteers in November 1914.  He is listed as one of “The Twelve Apostles of Athenry” who were imprisoned for taking part in the 1916 Rising in Co. Galway.  Afterwards he participated in the Civil War.  He served prison sentences in England and in the Curragh. 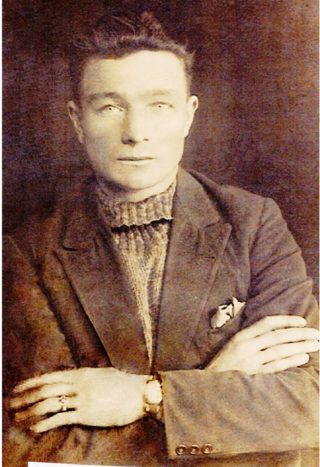 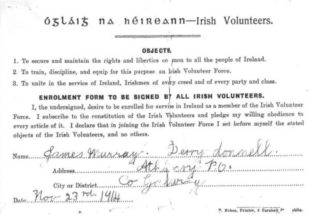 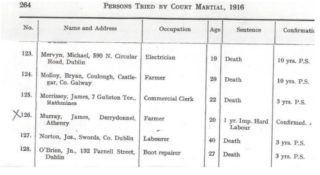 James Murray’s daughter, Mary Carrier, states: “He took a job working on the roads and happened to drive a steam roller into Killimor. He frequented Curley’s and Fitzpatrick’s and became very friendly with May and soon a relationship developed between the two”.  May and Jim married, lived in America and raised their family there. They and their children visited Killimor frequently down through the years. May and Jim were predeceased by their son, John F.  who passed away in June 1993.  James Murray died in February 1988 aged 94.  May Fitzpatrick/Murray died in April 1993 aged 89.   A second son, Séamus, passed away in El Paso, Texas, in 1999 aged 65.  The parents and their two sons  are interred in Killimor Old Cemetery.

The Murrays and Friends

This photograph was taken in America in the 1960s 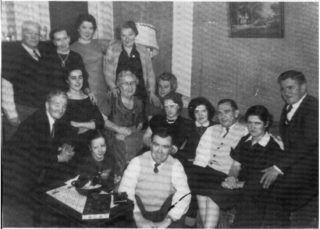 Memorials to Murray Family in the Old Cemetery, Killimor