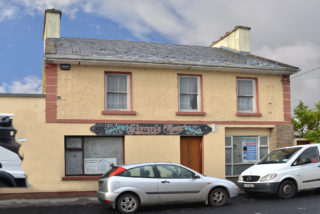 Going eastward along Barrack Street is Glynn’s pub. Up to its sale in 1922, this premises was owned by Myles King. After that, Winnie Burke and Micheal Glynn were bidding against each other when someone advised them that it would make good sense if they bought it between them. This they did and later they married.