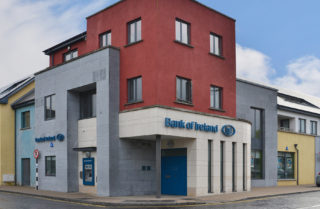 The Bank of Ireland now occupies the former site of lucy O’Reilly’s pub. Inevitably, this became known as lucy O’Reilly’s Corner and later as long’s Corner, after subsequent owners of the bar.