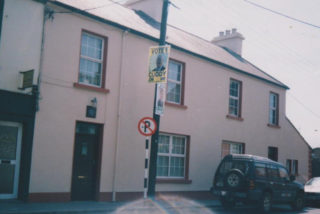 Next to the forge another brewery was operational when the Ordnance Survey map of 1837 was produced. By the time of the 1911 census it had become the new quarters for the RIC and later was the Gárda Síochána barracks up to 2007. next to that was another location for the Post Office.