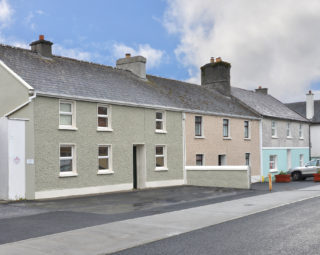 Returning along Barrack Street, the old Royal Irish Constabulary (RIC) barracks is the rst of a terrace of three houses dating from the 19th century. The middle building was a Courthouse and the third was another location of a Post Office. Nearby was a small weighbridge which was removed in the early 2000s.