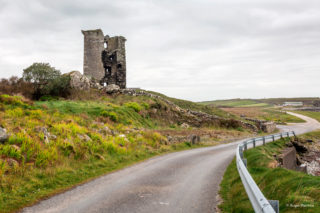 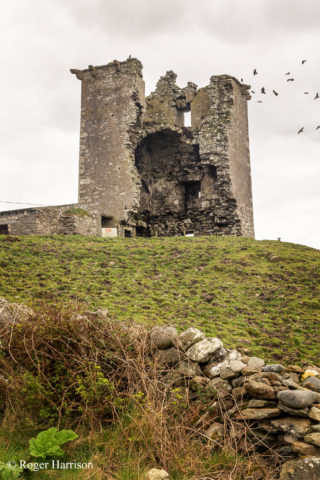 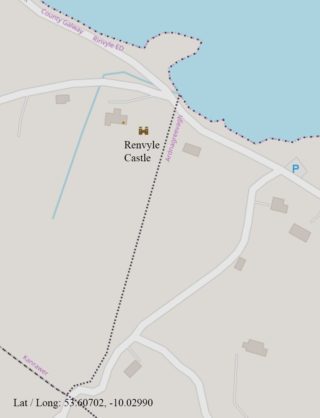 Renvyle Castle is also known as O’Flaherty’s Castle and is situated in Kanrawer Townland in the electoral division of Rinvyle in north west Connemara. The Castle is a 13th-14th century tower house that, legend says, belonged to the Joyce Clan originally and was taken forcibly from them by the O’Flaherty’s when, during a wedding, they stormed the castle and massacred everyone there with the exception of one member of the Joyce Clan, who escaped to tell the story. The legendary Irish pirate queen Grace O’Malley (Granuaile Ni Mhaille) made the castle her home away from the sea when she married Donal O’Flaherty in about 1546. After Donal O’Flaherty was murdered, Grace O’Malley returned to the territory belonging to her family in Co. Mayo, while the O’Flaherty’s left the castle and moved to, what is now, the site of the Renvyle House Hotel. Some stories say that Grace O’Malley destroyed, at least some of, the castle with a canon fired from a ship out at sea. Because of the castles poor state of repair it not open to the public but can clearly be seen from the road.