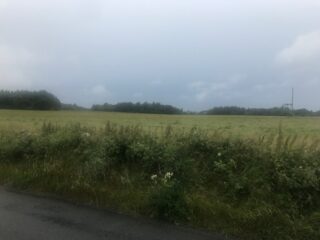 The Down Survey Map indicates the 1670 (Post Cromwell) owner of Gortnalavey, under the name Shrallvagher was John Lord Kingston and Lord Kingston, both Protestants. There were 56 plantation acres of profitable land and 56 plantations acres were forfeited.

O’Donovan’s Field Name Books states that a village of the same name can be found in the South corner of Gortnalavey. Approximately 1/3 of the townland consists of bog. The remainder of the land is pasture and tillage.

Despite research the 1901 and 1911 Census records for Gortnalavey could not be found as of the 10th of July 2020. Research is ongoing.