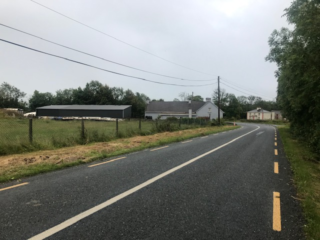 O’Donovan’s Field Name Books indicates there is a pond and Danish Fort to be found in this townland. Located at the Northern boundary is a portion of lough. There is a fir plantation enclosing the Southern boundary. The remaining land is made up tillage and pasture.

According to Griffith’s Valuation, Allen Pollock was the immediate lessor of the land. Edward Dowell paid £170-0-0 for house, offices and land measuring 242 acres, 0 roods and 5 perches. John Mannion rented 6 acres, 3 roods and 10 perches of house, office and land for £3-0-0. The total annual valuation of rateable property was £173-0-0.

Despite research the 1901 Census record for Skehaghard has not been found as of the 10th of Jult 2020. Research is ongoing.

There were just 3 houses in Skehaghard in 1901, 2 of which were occupied. There was a total population of 16 people, 9 were male and 7 were female. The heads of the households were Patrick Silver and John Flanagan. All residents were born in County Galway and all were Roman Catholic.

Each house was listed as a private dwelling. House 3 was an uninhabited 1st class dwelling with 9 front windows. Permanent material was used to construct the walls and the roof. There were 12 farm steadings associated with House 3, these were: 2 stables, 1 coach house, 1 harness house, 1 cow house, 1 calf house, 1 piggery, 1 fowl house, 1 barn, 1 turf house, 1 shed and 1 store. Allen Pollock was the landholder.

Patrick Silver (51) lived with his wife Ellen (41), their 3 daughters, Mary Anne (22), Agnes (6) and Ellen (4), their 4 sons, John J. (21), James P. (19), Martin Frans (17) and Michael (2) and his widowed mother-in-law Mary Coyne (78). Patrick and Ellen had been married for 25 years and had 8 children, 7 of whom were living at the time of the census. Patrick worked as a gamekeeper. John, James and Martin were labourers. Agnes and Ellen (4) were scholars. All members of the family could read and write, except Ellen who could read only, and Michael and Mary (78) who could not read or write. Patrick and Mary (78) spoke Irish and English, while no language was listed for the rest of the family, suggesting they spoke English only. The family lived in a 2nd class house with 5 front windows and 4 rooms. Permanent material was used for the construction of the walls and the roof of the house. Patrick owned the land on which his house was situated along with 1 piggery, 1 boiling house and 1 shed.

John Flanagan (76) was a widower who lived with his married son Patt (41), daughter-in-law Hanoria (24) and his 3 grandchildren, Mary (5), Thomas (3) and John (9 months). Patt and Hanoria had been married for 6 years and had 4 children, sadly only 3 were living at the time of the census. John and Patt worked as labourers. Mary and Thomas were scholars. Only Hanoria and Mary could read and write. John, Patt and Hanoria spoke Irish and English, while the children spoke English only. The family lived in a 2nd class house with 3 front windows and 2 rooms. Both the walls and the roof of the house were made using permanent material. There was also 1 fowl house and 1 shed. Allen Pollock was the landholder.