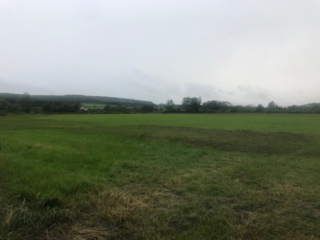 Lahaghglass North is situated in the civil parish of Kilbegnet, Barony of Ballymoe, County Galway. This townland can be found ¾ mile West- South West of Creggs Village.

The Down Survey Map provides no available information on the townland of Lahaghglass North.

O’Donovan’s Field Name Books states a small portion of bog is located in the East of Lahaghglass North. Bog may also be present in another location; however, this is unreadable. The remaining land is made up of tillage and pasture.

Despite research, 1901 Census records for Lahaghglass North could not be found.

There was only 1 house in Lahaghglass North in 1911. The house was headed by John Kiernan and occupied by his family. There was a total of 4 people, 3 males and 1 female. Each were Roman Catholic. The house was listed as a private dwelling. There was just 1 farm steading; a shed. The census forms were collected on the 6th of April.

John Kiernan (28) lived with his wife Joel (26) and their 2 sons Thomas J. (3) and Gerard (6 months). John and his wife had been married for 4 years and had 2 children. John listed his occupation as agriculter [sic]. John and Joel could read and write. No language was listed for any member of the family, suggesting they spoke English only. John was born in County Cavan, while the rest of the family were born in County Galway. The family lived in a 2nd class house with 3 front windows and 3 rooms. Permanent material was utilised for the construction of the walls and the roof of the house. There was also 1 shed. Allen Satchwell of Milford was the landholder.