You are here: Home>Places>Tuam Heritage and Nature Trail>02. The Abbey of the Holy Trinity

02. The Abbey of the Holy Trinity 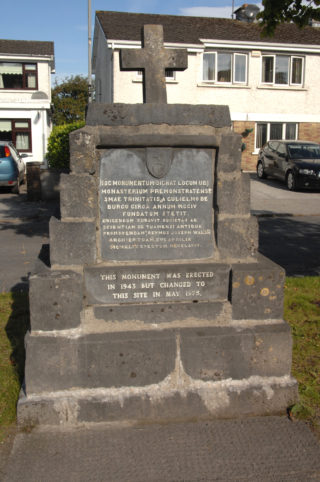 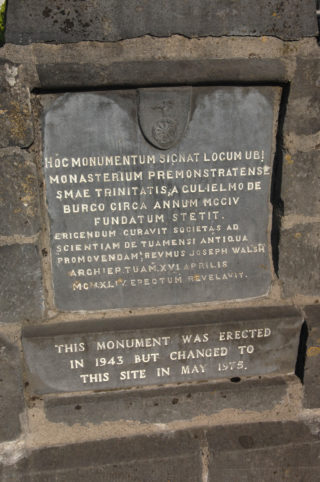 The site of a twelfth century Premonstratensian Abbey founded by William de Burgh circa 1204 which was used as the cathedral after Saint Mary’s collapsed in 1184. Probably one of the churches burnt in 1244. It was granted to Thomas Lewes in 1574 after the Reformation. It was in ruins in 1672 and its stone taken for building in 1791. All trace of its foundations was removed in 1972 for a new road. A small monument marks the site of the Abbey.[1]