You are here: Home>Places>Tuam Heritage and Nature Trail>11. Mule Sculpture 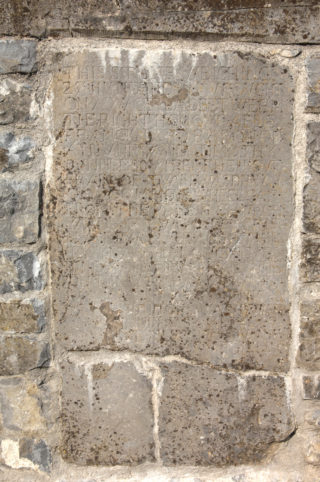 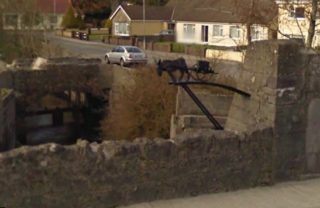 The plaque at this sculpture reads as follows:

“This stone 27 hundredweight on a wager laid between the Right Honourable Francis Baron of Athenry and Timothy Dunne Esquire Sovereign of Tuam was drawn on a common wheel car from the parish churchyard of Tuam to this place by a mule aged thirty years belonging to the said Timothy Dunne on the 27th day of June 1735. This bridge was built in the same year by the Sd Tim Dunne Overseer”. The incident recorded on the inscribed stone occurred after the Lord Baron had made derogatory remarks about the said mule which dropped dead at this spot after accomplishing the feat. A Presentation College Transition Year students’ project added the sculpture in 2012. As part of the Corrib Drainage Scheme the riverbed was lowered by 1.78 metres in circa 1961. The bridge was altered in 2013.