You are here: Home>Places>Tuam Heritage and Nature Trail>31. Hynes’ Residence 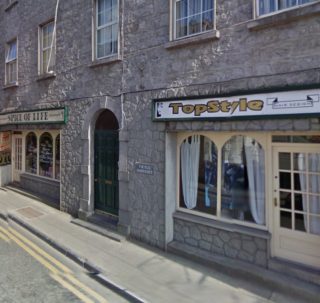 This was the site of the first Royal Irish Constabulary barracks in Tuam from 1856 hence the emblem over the front door. In 1895 it was described as ‘an old house with 13 rooms in bad condition’, when the barracks was closed and moved to St John’s in Vicar Street. Previously it had been built in 1754 as the Mitre Hotel and run as such until 1856.[1]