You are here: Home>Places>Tuam Heritage and Nature Trail>13. The Eggstore 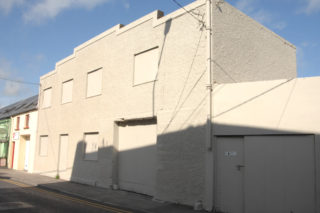 Even though this is now derelict it once had an important function. From the 1920s to 1960s farmers with little or no money for groceries bartered eggs here. The eggs had to be inspected and stored. They were used in the local economy or exported to England.[1]

[1] Cahills were the biggest grocery business in Tuam until the mid-1960s. It was acquired by Joe O‘Toole in 1966 who opened a supermarket a new type of business which heralded the end of hitherto known ways of shopping. Joe O’Toole’s book entitled From Travelling Shop to Online Supermarket gives a very good record of the egg bartering business as he was and his father before him were involved in the business.