You are here: Home>Places>Tuam Heritage and Nature Trail>28. Georgian house 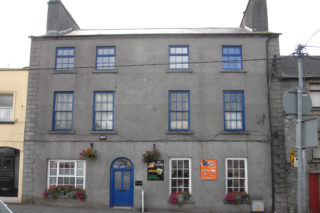 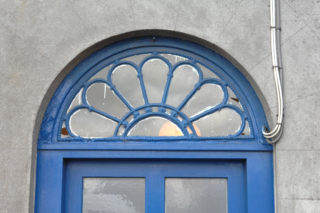 This three story building is most likely the one mentioned in 1787 by Daniel Beaufort as ‘the residence of Mr Cheevers, opposite the palace is a large well looking farm house’. Later it became the Palace View Hotel 1885-92. The top storey was added in the early years of the 20th century.[1]

[1] Deduced from the Census of 1901 when it had 7 windows. None of the original window panes have survived and only the fan above the front door is original. The house preceded the street which is nearly two feet higher than the original surface making the front door appear to squat.