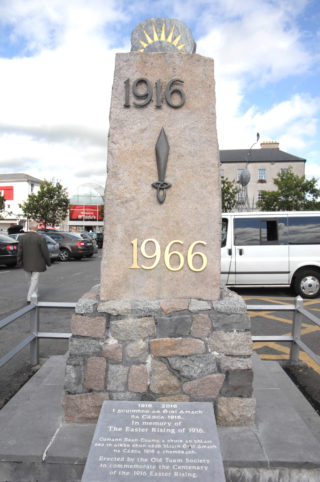 The monument was originally commissioned in 1966 for the fiftieth anniversary of the 1916 Easter Rising. A new plaque was installed for the centenary celebration on 24 April 2016, the anniversary of the exact date of Easter Monday 1916.