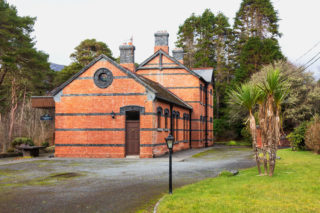 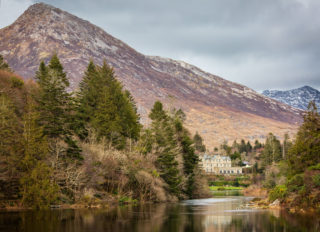 The 1911 census shows that there was only 1 house in Cloonbeg at that time and it was listed as being a private dwelling. It was constructed of stone, brick or concrete and had a slate, iron or tiled roof. It was a 2nd class dwelling with 3 rooms and 5 windows in the front. There was just 1 out building, that being a turf house and there were a total of 8 people living there, 2 male and 6 female. The enumerator was Const. John Kelly.

The head of this family was John (38) and he had been married to Josephine (34) for 16 years and in that time they had had 6 children and all of those had survived.  Those 6 children lived with them and they were Margarette (sic) (14), Kathleen (13), Marella (sic) (11), Patrick J. (7), Josephine M. (5) and Evelyn (4). All were Roman Catholic with Josephine M. and Evelyn being born in Co. Westmeath and all the others being born in Co. Meath. There was nothing entered under the Irish Language heading so that could indicate that they only spoke English. With the exception of Josephine M. and Evelyn they could all read and write. James was a railway station master and Margarette (sic), Kathleen, Marella (sic) and Patrick J. were scholars. They shared a 3 roomed, 2nd class dwelling and they had a turf house. Richard Berridge was then landholder.

There was only the 1 house in Cloonbeg in 1901 and it was listed as being a private dwelling. It was constructed of stone, brick or concrete walls and had a slate, iron or tiled roof. The house was a 1st class dwelling and had 4 rooms and 8 windows. There were just the 2 people living there, 1 male and 1 female. The enumerator was Const. Michael Begley.

The head of this and the only house in Cloonbeg was James T. (70) and he was married to Eliza M. (72). They were both Presbyterian and James T. was born in Co. Cavan and Eliza M. was born in Co. Dublin. Both could read and write. James T. was listed as being the station master. They lived in a 4 roomed, 1st class dwelling and the landholder was M.G.W. Railway Co.

The Griffith’s Valuation (1847-1864) shows that the immediate lessors in this area were the Directors of the Law Life Assurance Co. Patrick Prendergast leased a house and offices on 311 acres, 3 roods and 12 perches from them for £10 5s for the land and £1 10s for the buildings. There was also 18 acres, 3 roods and 3 perches of water.