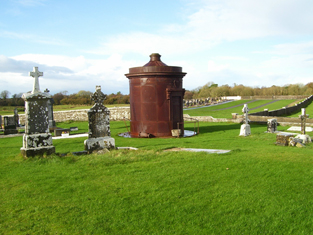 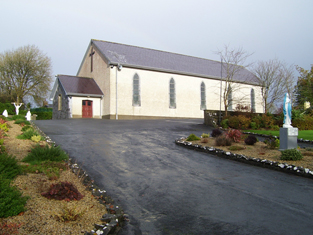 From A Topographical Dictionary of Ireland, by Samuel Lewis, 1837

CLONBERN, a parish, in the half-barony of BALLYMOE, county of GALWAY, and province of CONNAUGHT, 10 miles (W. N. W.) from Ballynamore, on the road to Tuam; containing 2374 inhabitants. It is a vicarage, in the diocese of Tuam, and is part of the union of Kilkerrin; the rectory is appropriate partly to the see, and partly to the provostship of Tuam, the latter portion forming part of the corps of the deanery of Tuam, in the patronage of the Crown. The tithes amount to £160, of which £120 is payable to the appropriators, and the remainder to the vicar. In the R. C. divisions it forms part of the union or district of Kilkerrin; the chapel at Lerhir is a small thatched building. There are two pay schools, situated respectively at Lerhir and Mohanagh in which are about 120 boys and 40 girls.