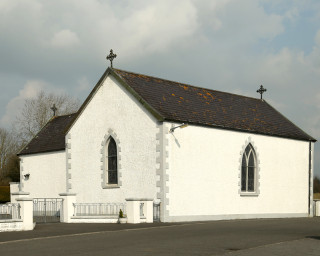 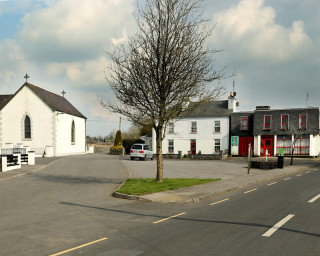 KILTORMER, a parish, in the barony of LONGFORD, county of GALWAY, and province of CONNAUGHT, 3 ¼ miles (N. W.) from Eyrecourt, on the road to Loughrea; containing 2133 inhabitants. It comprises 4859 statute acres, as applotted under the tithe act, and a considerable quantity of reclaimable bog. Here is a constabulary police station.

The principal seats are Eyreville, an elegant mansion in the Italian style of architecture, the residence of T. Stratford Eyre, Esq., by whom it was built; Bellevue, of W. Lawrence, Esq.; Mount Pleasant, of Charles Seymour, Esq.; Skycur, of P. Callaghan, Esq.; Ballydonagh, of F. Madden, Esq.; and Chilhame, of De La Warr Digges, Esq.

The living is a vicarage, in the diocese of Clonfert, episcopally united in 1813 to the rectories and vicarages of Killoran and Abbeygormagan, and in the patronage of the Bishop; the rectory is appropriate to the bishop and deanery of Clonfert.

In the R. C. divisions the parish is the head of a union or district, comprising also part of Clonfert, and has a chapel at Kiltormer-Kelly. The parochial school, in which 50 children are educated, is aided by a donation of £6 annually from the incumbent; and there is a national school, in which nearly 400 children are taught, for which J. Prendergast, Esq., gave the site and £50 towards its erection. There are also two private schools of about 90 children. At Ballydough, on the south side of the road, are the foundations of a large castle. A holy well here is resorted to annually on the last Sunday in July by numbers of the peasantry.