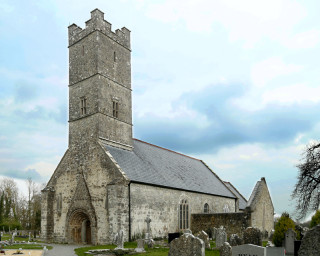 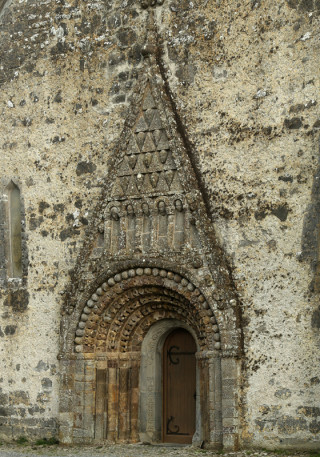 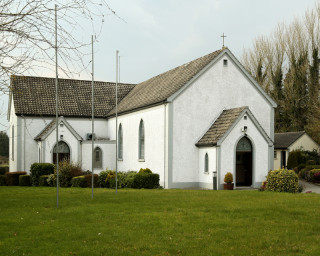 CLONFERT, a parish, and the seat of a diocese, in the barony of LONGFORD, county of GALWAY, and province of CONNAUGHT, 3 miles (N. N. E.) from Eyrecourt; containing 5915 inhabitants. This place, in the Irish language Cluain-Fearth, signifying “a retired spot,” owes its origin and early importance to St. Brendan, son of Finloga, who, in 558, founded here an abbey, which afterwards became the cathedral church of the see of Clonfert. In 744 this place was destroyed by fire, and four years after again suffered a similar calamity; in 839 the Danes burned the abbey and killed the abbot, and, in 841, entirely reduced the place to ashes. Four years after it was again destroyed by fire, and in 949 the abbey was plundered; in 1031 the town was plundered by O’Ruark, and in 1045 it was again destroyed by fire. In 1065 Hugh O’Ruark, King of Breifne, and Thady O’Kelly, King of Maine, plundered the abbey; but on the day following they were defeated by Hugh O’Connor, King of Connaught, who overthrew their armies and sank or dispersed their fleet in the Shannon. The subsequent history of this place is little more than a repetition of similar disasters, notwithstanding which it continued to flourish as the head of the diocese. During the prelacy of Bishop John, the cathedral was enlarged and beautified; the episcopal palace was rebuilt by Bishop Dawson; and in the reign of Charles II. the cathedral, which had suffered from violence and dilapidation, was wholly restored. The ancient monastery existed independently of the bishoprick till the Reformation, when Henry VIII., in the 35th of his reign, united it to the prelacy. The parish is situated on the road from Eyrecourt to Ballinasloe; it is bounded on the east by the river Shannon, and is intersected by the Grand Canal, in cutting for which through the bog an ancient wooden causeway was discovered, that, soon after exposure to the air, crumbled to dust. It comprises 12,335 statute acres, as applotted under the tithe act, a very large portion of which is bog; the remainder is good arable and pasture or meadow land, of which last there are large tracts bordering on the river. There are two constabulary police stations in the parish, one at Clonfert and the other at Clonfert bridge. It also contains the village of Isker or Esker