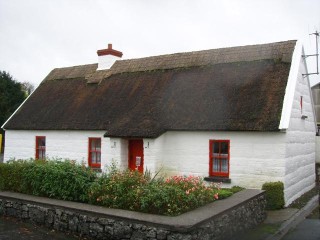 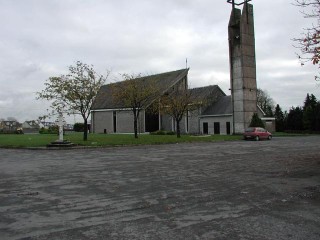 From A Topographical Dictionary of Ireland, by Samuel Lewis, 1837

LACKAGH, a parish, in the barony of CLARE, county of GALWAY, and province of CONNAUGHT, 8 miles (N. E. by N.) from Galway, on the road to Castle-Blakeney; containing 2190 inhabitants. In 1504, Mac William of Clanricarde, O’Brien of Thomond, and other chieftains, suddenly captured Galway, but were soon afterwards defeated by the lord-deputy, the Earl of Kildare, at Knock-tuadh, in this parish, with great slaughter, when two of Mac William’s sons were made prisoners; Galway was recovered, and Athenry surrendered. It is a vicarage, in the diocese of Tuam, forming part of the union of Annaghdown; the rectory forms the corps of the prebend of Lackagh in the cathedral of Tuam.

The R. C. parish is co-extensive, with that of the Established Church, and contains a chapel. There are four private schools, in which about 230 children are educated.