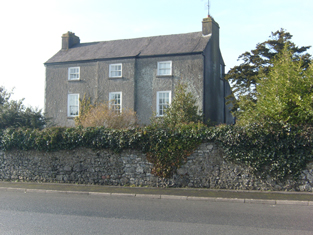 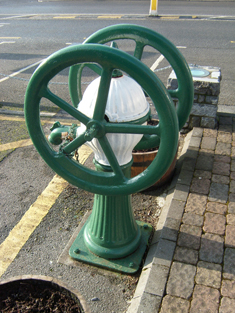 MOYLOUGH, a parish, partly in the barony of KILLIAN, but chiefly in that of TYAQUIN, county of GALWAY, and province of CONNAUGHT, 2 miles (E.) from Dangan, on the mail coach road from Dublin to Tuam; containing, with the market-town of Mount-Bellew-Bridge (which is separately described), 5870 inhabitants. This parish comprises 17,818 statute acres, of which some portions are good and profitable land, and others of very inferior quality; there are large tracts of bog and waste land, of which the greater part might be easily reclaimed under a better system of cultivation, and some portions of low and marshy land, which might be drained at a comparatively moderate expense.

The state of agriculture, though improving, is still very defective; limestone abounds and is quarried for burning into lime, and for building and making roads, and there are some ridges of limestone gravel. Considerable quantities of coarse linen are manufactured by the peasantry.

Mount Bellew, the seat of M. D. Bellew, Esq., is finely situated in a demesne of 600 acres, richly wooded and embellished with an artificial lake of great beauty; in the house is a valuable collection of paintings and an extensive library. Windfield, the residence of J. Lynch, Esq., is a good mansion in a well-wooded demesne, commanding some fine views. The other seats are Cooloo, that of E. Browne, Esq.; Summerville, of D. M. Killikelly, Esq.; and Silk Mount, of —Bodkin, Esq. The village, which is also called Newtown-Bellew, contains about 500 inhabitants: it is situated nearly in the centre of the parish, and has a daily post to Castle-Blakeney. Fairs are held on May 28th, June 21st, Aug. 10th, Oct. 11th, and Nov. 8th, for cattle and pigs, and for linen, linen-yarn, and wool. Petty sessions are held once a fortnight at Mount-Bellew-Bridge; at which place is also held, on the first Monday in every month, the court for the manor of Castle Bellew, which was granted by patent to the Bellew family bearing date the 36th of Charles II. A coach from Tuam to Dublin, and a car to Ballinasloe, pass through the parish daily.

The living is a rectory and vicarage, in the diocese of Tuam, episcopally united to the rectories and vicarages of Ballinakilly or Aghiart, and Kilmacrean, and to the vicarage of Kilmoylan, together forming the union of Moylough, in the patronage of the Archbishop.

The tithes amount to£700: the glebe-house, towards the erection of which the late Board of First Fruits contributed a gift of £200 and a loan of £500, is a handsome residence; and the glebe comprises 15 ½ acres, valued at £18. 15. per annum: the gross revenue of the benefice, including glebe and tithe, is £1287. 5. 8. per annum. The church, a neat edifice with a handsome tower, was erected in 1808, for which purpose the late Board of First Fruits advanced a loan of £200.

In the R. C. divisions the parish is the head of a union called also Aghiart, and comprising also the parishes of Aghiart and Killascobe; there are three chapels, of which two are in this parish, one in the village of Moylough, a handsome edifice, for which a site was given by Mr. Bellew, who also gave £300 towards its erection; the other in the demesne of Mount-Bellew, an elegant edifice with a lofty tower, built by the late Mr. Bellew. There is an excellent national school for 120 boys at Mount-Bellew-Bridge, supported by a grant of £10 per ann. from the new Board of Education and 10 acres of land given by the late Mr. Bellew to a religious community, who are the masters: the school was built by Mr. Bellew. A school for 60 girls has also been built and is entirely supported by M. D. Bellew, Esq.; and there are two other schools, supported by payments of the pupils. There are some Danish raths, and the ruins of an ancient castle.