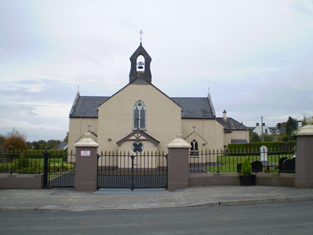 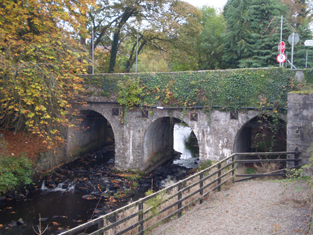 WOODFORD, a town, in the parish of BALLYNAKILL, barony of LEITRIM, county of GALWAY, and province of CONNAUGHT, 6 miles (W. S. W.) from Portumna, on the road from Loughrea to Killaloe: the population is returned with the parish. It is situated on the Rossmore river, which flows into Lough Derg on the Shannon, and is here crossed by a bridge, and about two miles below the town by Rossmore bridge, to which latter the river is navigable at present for boats of about 20 tons’ burden. It has been proposed by the Government engineers to improve the navigation of the river, to form a good road from Woodford to Rossmore bridge, and at the latter place to construct a quay and other accommodations for the shipment of agricultural produce.

About 60 years since an extensive iron-foundry was carried on here, and, 20 years subsequently, the manufacture of salt; iron ore is supposed to exist extensively in the neighbouring mountains, and evidence of the old iron-works may still be seen adjoining the town, where there is a stratum of cinders from three to four feet deep. Here is a mill for grinding corn. Fairs are held on March 18th, May 12th, June 25th, and Dec. 26th. There is a good barrack, at present occupied by one company of infantry; and a constabulary police force is stationed in the town. A seneschal’s court for the recovery of small debts is occasionally held.

Here are the parochial church, a neat building; and the R. C. chapel of the district of Woodford. Marble Hill, the seat of Sir John Burke, Bart.; and Eagle Hill, of Captain Pigott, are in the vicinity. On Benmore mountain, about l ½ mile north of the town, is a quarry of fine freestone, capable of furnishing blocks of large dimensions, adapted both for useful and ornamental purposes; and should the proposed improvements be carried into effect, it is likely to be worked to a considerable extent. Near the town is a chalybeate spa, formerly used with success for medicinal purposes