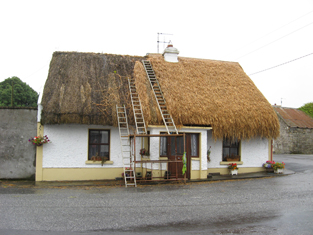 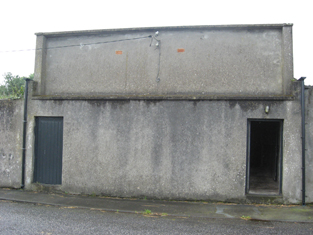 TYNAGH, a parish, partly in the barony of LONGFORD, but chiefly in that of LEITRIM, county of GALWAY, and province of CONNAUGHT, 7 miles (N. W.) from Portumna, on the road to Loughrea; containing 5670 inhabitants. It comprises 9249 ¼ statute acres: the land is generally of very good quality and in a state of profitable cultivation; the system of agriculture is much improved, and there is no waste land. A lead mine was formerly worked within a mile of this place; a great deal of lead ore is still found in the neighbourhood.

The principal seats are Pallas, the residence of the Hon. Anthony Nugent; Killeen, of E. Kelly, Esq.; Flower Hill, of Lord Riverstown; Spring Garden, of P. Perse, Esq.; Derrywilliam, of H. Killikelly, Esq.; and Lisduff, of — Lyons, Esq. On the river Ballyshinee are some mills, the property of Mr. Kelly, capable of producing more than 30,000 barrels of flour annually.

The living is a rectory and vicarage, in the diocese of Clonfert; the rectory is partly appropriate to the see, partly to the prebendary of Kilmeen in the cathedral of Tuam, partly to the vicars choral of Christ-Church, Dublin, and partly annexed to the vicarage, which was episcopally united, in 1735, to the rectory and vicarage of Doneira, and is in the patronage of the Marquess of Clanrickarde.

In the R. C. divisions this is a separate parish and generally appertains to the bishop of the diocese, who appoints a curate to perform the duty; the chapel is a very handsome edifice. About 120 children are taught in the parochial school, which is supported by the incumbent and Lord Clancarty, who has given the school-house and half an acre of land; and there are three private schools, in which are about 110 children. At Pallas, anciently called Kaltragh-ni-Pallice, are the ruins of an ancient and strong castle; and there was formerly a friary, dedicated to the Blessed Virgin, founded by Birmingham, Baron of Athenry, for Carmelite or White friars, which was granted by Queen Elizabeth to John Rawson, Esq.